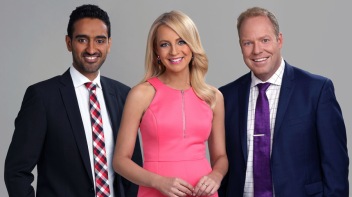 The Australian media landscape is predominately male-driven, there’s no question about it. If you turn to the TV to watch the news its clear that the majority of news readers are in fact male, with the exception of the token attractive blonde-haired young weather girl or entertainment news reporter. The fact is women are outnumbered in the media workforce, particularly in television. There are several factors which contribute to this which I will touch on, as well as questioning why it has become this way and how can we improve this male-dominated media landscape.

A 2013 study of gender in the newsroom “Gender Inequity in Public Media Newsrooms” was conducted by MVM Consulting which aimed to highlight the ways in which women were outnumbered in the newsrooms across Australia and it was based on an American Study conducted in the same year, which reported “stubborn gender inequality in the ways that women are employed and represented in news, entertainment and technology-related media…” The study makes a poignant statement at the beginning stating that: “Women make up 51% of the population, so their presence in media should be comparable. Where it isn’t (and it isn’t), discrimination may be in play.”The proof really is in the pudding; just in the Television media sector alone, 62% is made up of male personnel compared to a measly 38% being women. This alone shows that the media is becoming incoherently more male dominated and it has been suggested the reason for this lack of female presence in the TV newsroom, is merely due to the fact that the work hours are more demanding than most other workplaces and for most working mothers it’s simply unattainable.

So is this the future of women in the media? Popular news-related TV Shows such as channel 10’s The Project and morning shows such as Sunrise include many female hosts and journalists in the like, yet they clearly have a more relaxed type of news and current affairs format, which leads me to question if this is more suited style for women suggested by men? Is that all we’re good for? I feel as though this is an ongoing and heated debate which is not likely to settle any time soon.